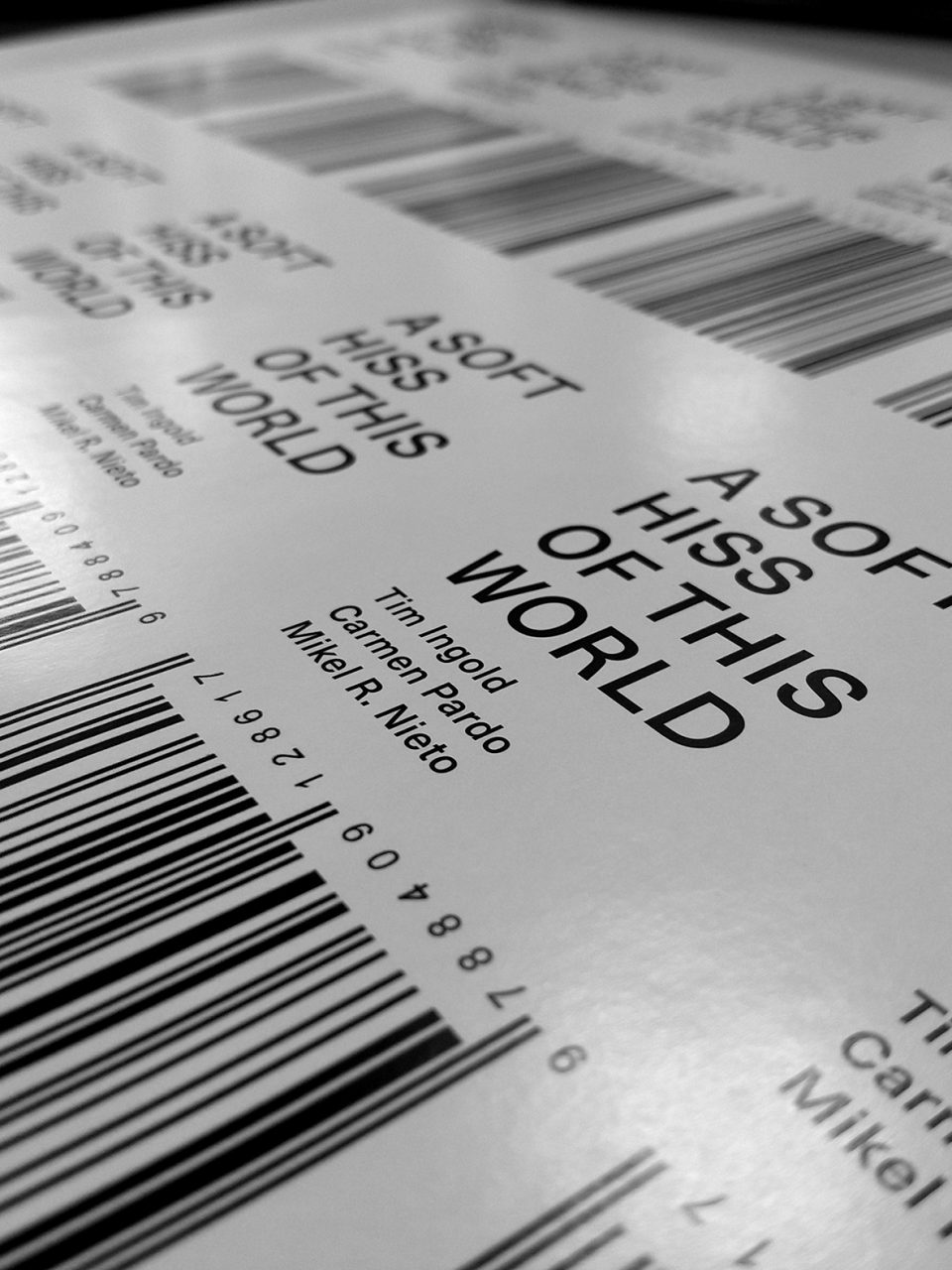 A white book, in collaboration with Tim Ingold & Carmen Pardo, and a transparent flexi-disc. Published by Gruenrekorder.

“A soft hiss of this world” talks about the disappearance in many aspects, such as the loss of language as a result of the Anthropocene through the absence of certain states and processes that occur naturally in the environment like different states of water, snow and ice. The sound of snow, ice and snowflakes are the core and the sound material of this research project called “A soft hiss of this world”.

The text by Tim Ingold opens the book and introduces the reader to the main subjects of the research: language, landscape, sound and listening. This text is easy to read and aims to immerse us in the Finnish landscape and in the listening act to its sounds and silences.

Carmen Pardo‘s text unfolds first, the way in which the gaze and listening of the snow constitute the experience of a disappearance, of a concentration in the void or nothingness of which A Soft Hiss of this World participates. Secondly, and in dialogue with Roland Barthes, the kind of listening involved in recording different states of snow is questioned. From that listening, the text proposes in the third place, the exercise of recording as an experience that implies a multiple temporality that reminds us that, in fact, it is always habited in a heterogeneity of times.

The third text belongs to Mikel R. Nieto and is divided into four parts:

The first part called “This is nothing” contains Nieto’s texts and thoughts about the most important points of the investigation, such as silence, listening, landscape, language, disappearance and absence, archive, hyperojects and the anthropocene.

The second part is a “Diaries (2009 – 2019)” which brings together a selection of photographs and the most outstanding moments throughout the research in a brief direct and poetic format marking the corresponding places and dates.

The third part is a code that reflects the loss of most of the sound recordings made during his research with more than 600 hours of recordings. This code is the only thing that could be recovered from all recordings, except the only sound recording published in physical format as a transparent Flexi-disc.

The fourth part is the result of silencing each and every word by John Cage in his “Lecture on Nothing,” leaving only the punctuation marks, such as commas, periods, separators and the last sentence of the text of Cage.

The only recording recovered has being published physically as transparent flexi-disc. Every time it will be played, the player needle will take away the vinyl itself, very slowly, making the sound of the recording disappearing. Therefore, each listening destroys the sound. 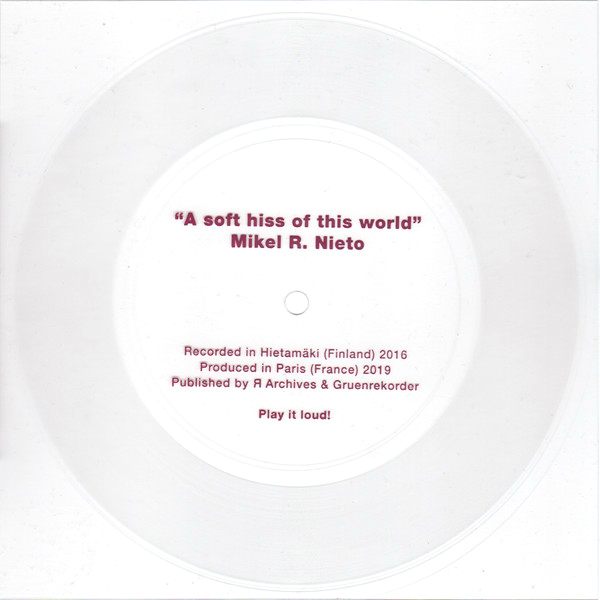 This project was made possible with the support of Tabakalera, Kone Foundation, Etxepare, the Spanish embassy in Sweden and EMS Elektronmusikstudion in Stockholm (Sweden) (2016). The book and the flexi-disc have been possible thanks to the kindly support of the Basque Government.