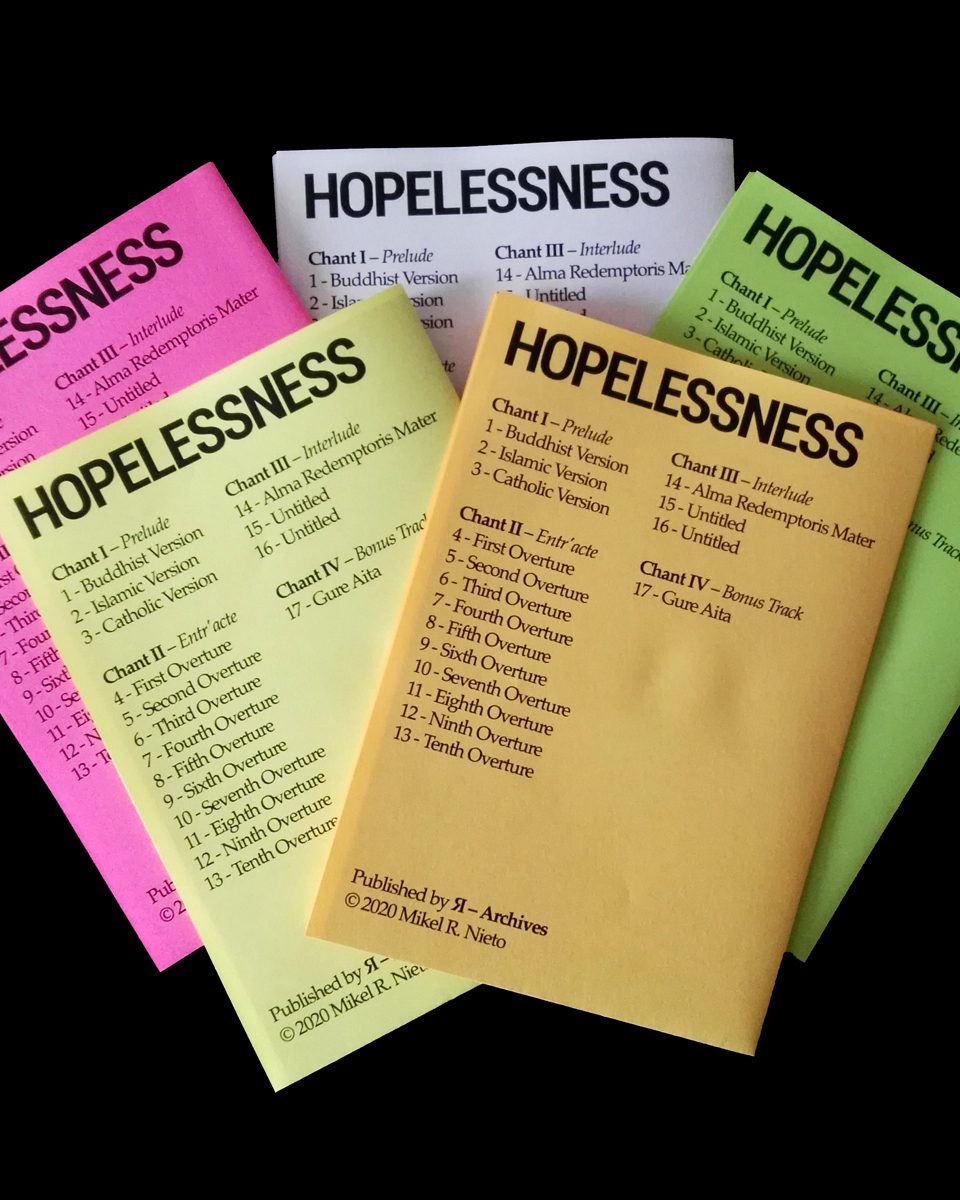 Many thanks to Jone San Martín.

Recording notes: “Chant I” includes “Aria da Capo” by Johann Sebastian Bach recorded in Barcelona (2013) Piano: Lluïsa Espigolé. → “Chant I” includes field recordings made in Myanmar, Malaysia and Spain during (2017 – 2019) → “Chant II” was made with a selection of sound extracts from ISIS mass media communications. → “Chant III” & “Chant IV” were recorded in 2013 in a church. No effect was used, only natural reflections.

Listening notes: “Chant I” should be listened as background music. → “Chant II” & “Chant III” should be mixed randomly during listening. Don’t listen to them separately. → “Chant IV” should never be heard. Play it in an empty space.